Heading into our sixth year attending the prestigious MIC tournament, one could only hope for a great result as well as a great trip overall for the 65 people attending from our Club.

We were also expected to come out 1st in our group since we were seeded #1 which doesn't always play out that way. Fortunately the boys played exceptionally well by going undefeated in bracket play and ending up 1st in group.

It was now on to the round of 16 to face a very good Spanish Club (VIC) that traditionally does well at this tournament.  They had lost a close match against Man Utd earlier in the tournament so we knew it wasn't going to be easy.  Coach Willie had the boys prepared and went out an dominated the game coming away with a 3-1 win!

As tradition would have it, advancing into the quarterfinals of this prestigious tournament it is inevitable that you will face one of the giant pro academies in attendance. This year our boys would have to face Sevilla of Spain.  Up to this point, Sevilla had been murdering teams by going undefeated with zero goals against so it was going to take a massive effort to just compete with them, let alone try to win. 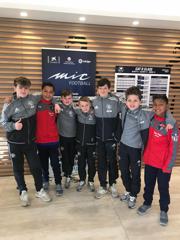 Coach Willie had prepared the boys for such an occasion both mentally as well as tactically so that once the whistle blew for the start of the game it was going to be a war of wills.  Both teams came out to dictate the pace of the game by winning and trying to keep possession however the other would have none of it and would immediately engage and pressure to win the ball back.  Each team had a few chances to score in the first half however the game remained 0-0 at halftime.

The second half started the same as the first with both teams defending like savages and not allowing the other to get into a rhythm.  At the 43rd minute it was still 0-0 and things were starting to look likely that the game would head to pk's.  Unfortunately due to the persistence and acute awareness of the Sevilla players they were able to create an opportunity that saw them get in behind and ultimately score the first goal of the game.  Coach Willie had no other choice but to push a defender up to try to even the score however Sevilla took advantage on a quick counter and scored another beautiful goal.  Down 2-0 with less then 5 minutes left in the game, our boys continued to fight and in that we scored off a rebound to close the score to 2-1.  With only 1 minute left in the game Sevilla basically held on to the ball until the final whistle blew.

Sevilla would not only go on to face Chelsea in the semi's, which they won, they would also beat Barca in the final to ultimately be crowned champions.  So as it turns out we not only lost to the eventual champion, we were the only team that scored a goal against them throughout the tournament.

Although we were not successful in terms of the score of the game, the tremendous experience and exposure our boys were afforded can not be measured in terms of winning or losing. We all came away with a better understanding of where we are today in comparison to the giant academies of the world that ultimately will go a long way in helping us improve our program in order to bring it that much closer to their standard.

Congratulations to our 06' MIC team as well as coach Willie, coach Geo as well as our admins for carrying on the tradition of our Club at this prestigious tournament by representing TFA to the highest level.

Finally, a big shout out to the coaching staffs of Man Utd & Chelsea for the warm reception and friendship throughout our stay as well as for including TFA in the three-way friendly.  Cheers mates!! 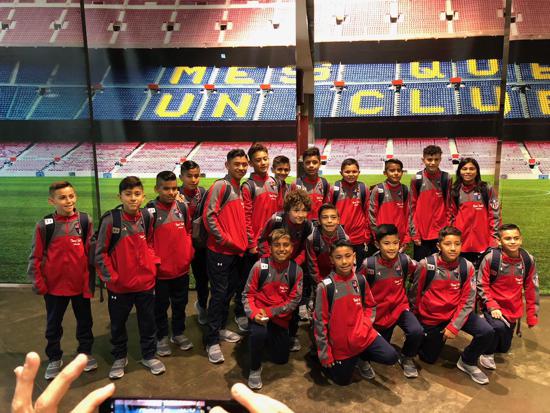 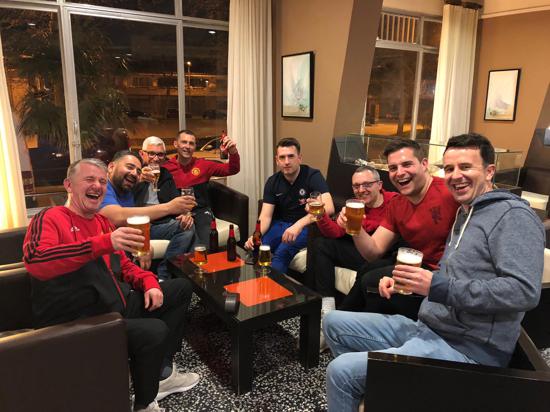 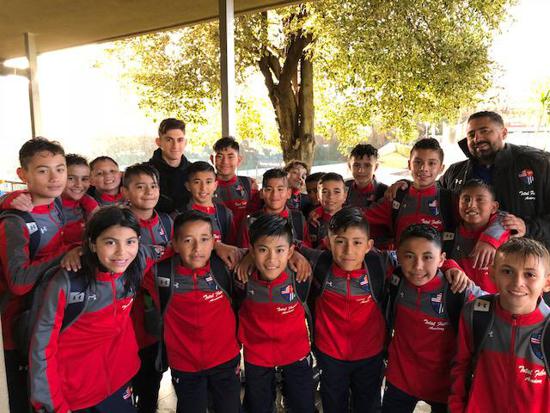 HANGING OUT WITH OUR BOY BEN LEDERMAN!! U17 FCB 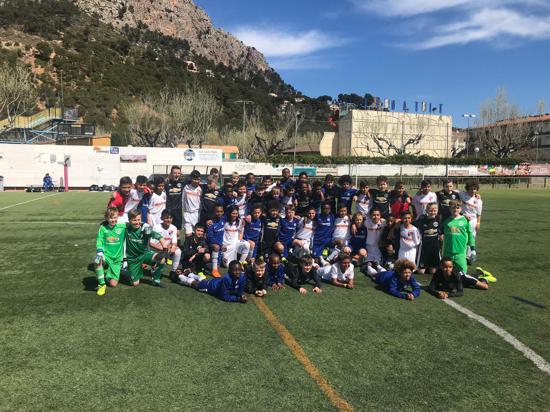