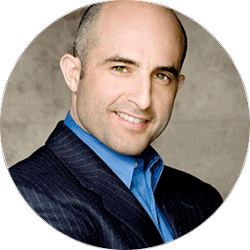 In 2004 Rob Aigner was elevated to  the role of Team Leader of the Keller Williams Westside office at the end of 2004 an office that he grew to 200 agents in only three years.

In 2008, he was appointed the leadership position of Chief Executive Officer at Keller Williams Realty Beverly Hills which is one of the largest and most productive real estate brokerages in Los Angeles and the nation.  His office sold over 1 billion dollars of real estate in 2013.

Currently Rob is the owner operator of several Keller Williams Offices, a certified coach in the real estate industry.  He also has created a pod cast called “Clear Choices” which is focused on motivation and leadership.    Rob is a real estate investor owning properties in multiple states.

He has been married for 20 years to his wife Sharon and they have two boys Jake 16 and Micah 12 both of whom play club soccer.

We are proud to welcome you to our fundraising board!